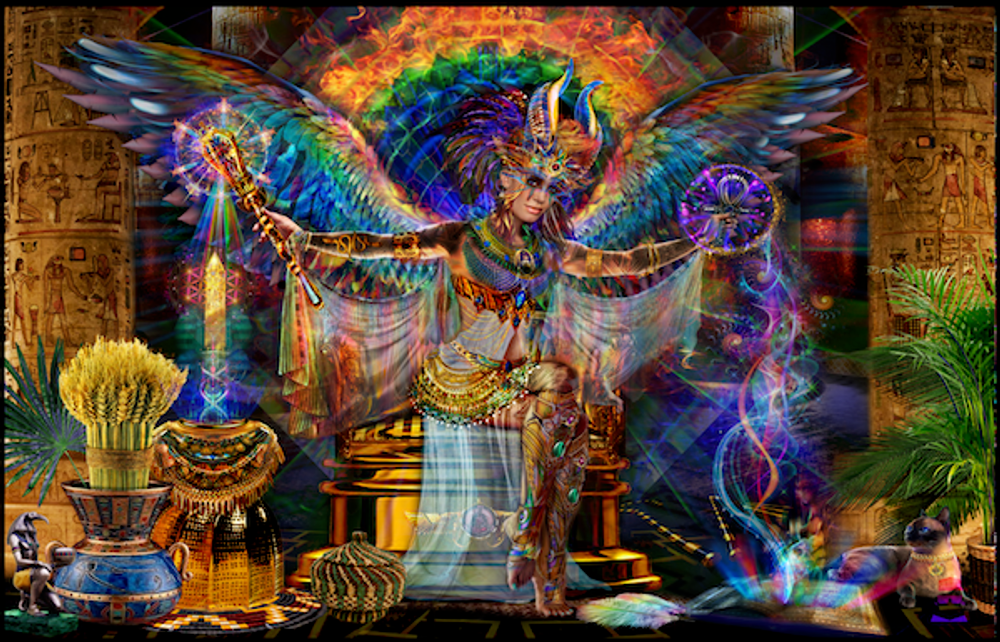 Isis was the daughter of the earth god Geb and the sky goddess Nut and the sister of the deities Osiris, Seth, and Nephthys. Married to Osiris, king of Egypt, Isis was a good queen who supported her husband and taught the women of Egypt how to weave, bake, and brew beer. But Seth was jealous, and he hatched a plot to kill his brother. Seth trapped Osiris in a decorated wooden chest, which he coated in lead and threw into the Nile. The chest had become Osiris’s coffin.

With his brother vanished, Seth became king of Egypt. But Isis could not forget her husband, and she searched everywhere for him until she eventually discovered Osiris, still trapped in his chest, in Byblos. She brought his body back to Egypt, where Seth discovered the chest and, furious, hacked his brother into pieces, which he scattered far and wide.

Transforming into a bird, and helped by her sister, Nephthys, Isis was able to discover and reunite the parts of her dead husband’s body. Using her magical powers, she was able to make Osiris whole; bandaged, neither living nor dead, Osiris had become a mummy. Nine months later Isis bore him a son, Horus. Osiris was then forced to retreat to the underworld, where he became king of the dead.